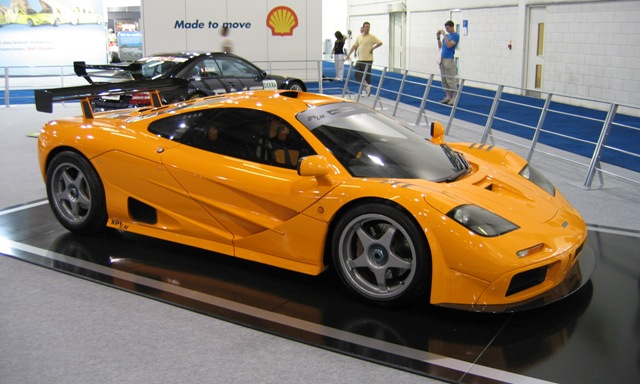 This is the car that started the exotic supercar business. To be sure, there had been odd exotics, such as the Porsche 959 and the Jaguar XJ220, but it was the sheer brilliance of the McLaren F1 that created a new type of car for road or track. In fact, there were a batch of race cars as well as the 60-odd road cars built and sold for about $1 million each.

Ahead of its time in structure, aerodynamics and sheer performance

The specification was miles ahead of its time, not just in the amount of power available, but in the advanced body structure and aerodynamics. More than anything, though, this was a car that gained from its racing car heritage, whereas some suffer from it: it is simple, lightweight, extremely efficient, yet easy to drive. Much of the performance advantage comes from the simple, advanced design which made it very light a curb weight of just 2,504 lb (1,137 kg), which is 530 lb less than the Carrera GT, the latest design from Porsche. A huge difference.

Little wonder then that the F1 is still seen by many experts as the best exotic car ever built. And what about the performance? An F1 has been timed at 240 mph, still the fastest speed recorded by a road going car that's 35 mph faster than the Carrera GT, and 20 mph faster than the Ferrari Enzo. To be sure, the Bugatti Veyron is supposed to be faster, but until it is in production no one can say, and just bear in mind that if it does reach 245 mph, it will be using 50% more power than the F1 to get there. Hardly progress.

Straight from the start, the McLaren is stunningly fast, pushing the driver back in the beautifully shaped seat as no other car can: 60 comes up in 3. seconds from rest, and 100 mph in 6.5 seconds. Take it from me these are stunning times, which leave you gasping.

So what made the F1 so good? Well, once Gordon Murray, the design chief of McLaren had conceived the concept for the car, he had to find an engine, and turned to the engine supplier for the McLaren Grand Prix cars at that time BMW. BMW came up with a 60-degree V-12 6.0 litre engine developing no less than 627 bhp at 7,500 rpm, with 480 lb ft of torque available from 4,000 to 7,000 rpm, thanks to variable valve timing.

Exclusive to McLaren the engine was way ahead of its time, and is still rivaled by only a few cars such as the Enzo (650 bhp), Carrera GT (604 bhp) and Pagani Zonda (550 bhp). So clearly, McLaren started off with the right engine. The engine is installed fore-and-aft, but unusually, the six-speed gearbox is installed across the car where it takes up hardly any space at all, which helped keep the rear end compact.

Murray's design for a mid-engined coupe was conventional enough, although it took advantage of the firm's experience with aerodynamics in Grand Prix cars to steal a march on its rivals. Not only did it have diffusers now becoming essential on exotic supercars to get the air away from underneath the car, but free of the regulations that surround Grand Prix racing, Murray fitted fans to draw the air out from the back of the car. So the car needs just a small spoiler which rises at speed to produce down force at the back. All this was done over 10 years ago.

The other unusual feature is the central driving position with a passenger seat each side of the driver. This works fine on a race track, but is a real nuisance on the road. First, it is quite a job to hoist yourself over the sill then into a passenger seat and then into the driver's seat. Secondly, you can't see properly to overtake. Thirdly, you tend to drive relative to where you are, and it can take quite a bit of adjustment to keep yourself in the middle of the lane.

When you are in the McLaren, you sit between a pair structural carbon fiber frame members, which give the car a lot of stiffness, but also give you a nice feeling of security. Otherwise, the central driving position could be considered a flaw in an otherwise superb car. However, it did enable McLaren to build identical cars to suit countries that drive on the left or the right. Ideal for the few cars that were built.

Although the F1 followed Grand Prix practice in having a carbon fiber monocoque, it was unusual in that it was reinforced by aluminum honeycomb panels these consist of two thin aluminum sheets between which very thin honeycombs are bonded, providing very light and stiff panels.

Softer suspension than most competitors

To position the suspension accurately, the pivots are mounted on sub frames. The double wishbone front and rear suspension, with co-axial springs and dampers, were inspired by the McLaren Grand Prix cars, and then special joints were developed to suit road use.

The springs are fairly soft for this type of car, so the ride is reasonable, and roll is controlled by front and rear anti-roll bars. Fairly soft suspension not only makes for a good ride, but it also keeps the wheels on the road over bumpy surfaces. Cars with hard suspension tend to jump about on bumpy corners, which loses time on the track, and is disconcerting to the driver on the road.

Up with the best of the new exotic cars

Apart from its low weight, the McLaren F1 is similar in concept to the latest and best exotic supercars in the $500,000 plus bracket. However, it is simpler in many ways, partly because that was the aim, and partly because suitable power steering, ABS and so on weren't available then. So, the steering is manual, whereas these days it's had to buy even a small car without power steering, and as on racing cars you don't get power-assisted brakes, let alone ABS or traction control.

Sure, the steering is a bit heavy, and you have to press quite hard to slow down. The electrifying acceleration that pushes you back into your seat even at 120 mph sets the pulses tingling and more than makes up for the heavy controls. Also, the handling gives the driver confidence in its superb ability to be driven fast and safely.

Yes, sir, the McLaren F1 is still the standard by which other exotic supercars are judged, and in handling and acceleration they're all found not quite to match this masterful supercar.

Popular posts from this blog 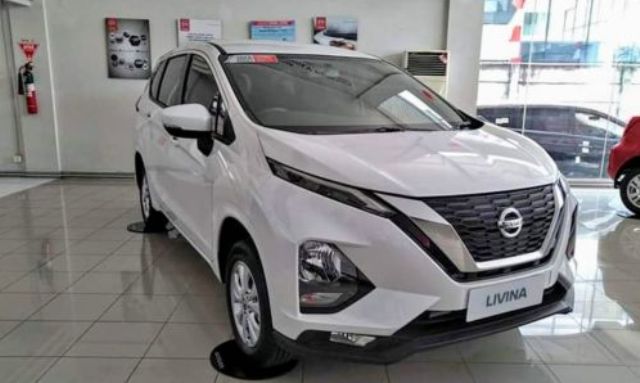 In the field of family cars, Nissan has a champion with a combination of car-style MPV, namely Nissan Livina. Nissan Motor and its Chinese partner Dongfeng Nissan Passenger Vehicle Company first introduced Livina at the Guangzhou International Auto Show on July 6, 2006. Meanwhile, for the Indonesian market, Nissan Livina was launched in Indonesia in 2007. Initially, Livina had two types, a 5-passenger version and an extended 7-seat MPV named Grand Livina. This five-seat Livina series offers two variants, namely the Livina XR and Livina X-Gear. For the Livina X-Gear, a year later, in 2008, with a cross-style look. The decoration of the Livina X-Gear includes a fender, sport bumper, and roof rail, making it look like a crossover. Livina is a family car with an elegant design and different from other brands. The car offers better comfort than a family car. Luxurious interior design is supported by comfortable features such as cars, best efficiency values, and advanced safety features. Whe
Read more 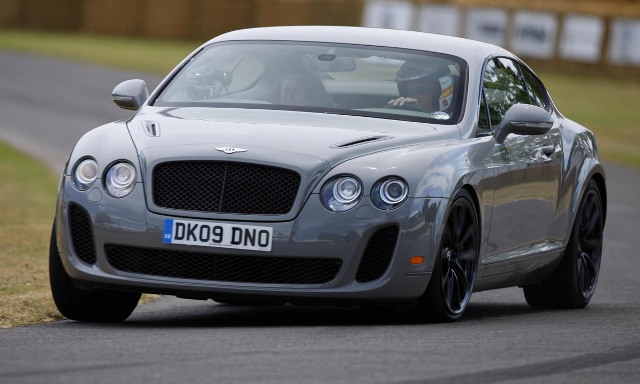 A two-seater from Bentley? If you were expecting a mid-engined coupe loosely linked to the Le Mans car you're in for a disappointment. However, if you want a solid smooth riding car that can get you to 100 mph in less than 9 seconds, and hurtle on to 200 mph , then this is for you. Why two seats? Well, in the 1920s Bentley produced a model called the Supersports which was a two-seater version of a four-seater. Otherwise, removing the rear seats and putting in a luggage shelf does little other than make the car less useful while saving 100 lb (45 kg) in weight. Not just to make it look sporty, but for practical reasons, there are deep air intakes at the side of the main grille art the front and air outlets from the engine compartment. These do make the car look more aggressive and high-powered, and the only other changes are slightly wider fenders to provide room for bigger wheels and a revised rear end. Those large air intakes at the front feed cool air directly to the twin inter c
Read more